The last twenty-four hours have been a complete blur. I see solid objects that disappear without warning, and I suddenly find myself in different times of this earthly existence. Some may argue that I’m delving into my subconscious and I’m in a dream state. Perhaps. I cannot state with one hundred percent certainty where I have been but I know my soul has been out of this heavy body. I am time jumping.

I’ve asked my spirit guide to explain or offer assistance. I was told to relax and let go. “Everything happens for a reason Amarah. Trust the process and learn from the experience. You are never alone for we will be by your side until the end of time.” I have 3 spirit guides but I’m exceptionally close with one. Although I respect the others and am grateful for their assistance, I have a strong and unbreakable relationship with her. Her name is Caroline Rose.

Many decades ago when I was in my teens, I found myself in a deep meditative state and I asked, “How many spirit guides are assisting me?” Sylvia Browne was very popular and I had just watched a television show in which she stated, “If you want to know who your guides are, ask them!” A heard a woman’s voice inform me that I had 3 guides of which she was one. I remember asking her, “What’s your name?” I heard her reply that her name was Caroline. “Julie, it’s Carol -line. It’s not Carol – Lynn. I don’t like Lynn. Caroline. Got it?” Yes ma’am. I then asked, “What’s your middle name?” No answer. Perhaps I was dreaming.

A few days later, I went to a popular restaurant with a family member. We sat next to a young couple who were beaming with joy. On the table was a car seat that held a precious baby girl who was dressed in pink and yellow. She was babbling. I congratulated them on their baby. She was their first. I asked what they had named their beautiful daughter. The mother smiled and stated that the baby was named after their mother’s middle names. “We named her Caroline Rose.” At that precise moment, the baby laughed the loudest laugh. My spirit guide has a sense of humor.

I’m time jumping. Time is not linear or sequential. It’s slowing down, speeding up and stopping. I also experienced a time loop in which I and another I (or parts of my energy) entered the same room at the same illusion of time.

I keep being pulled back to my early college years. I saw myself with my sorority sisters at a local pub named Pub II. ‘Edge of Seventeen’ by Stevie Nicks was playing through the ceiling speakers. We were singing, slamming watermelon shots and drinking cold beer when I (a young woman in her early twenties) saw myself in the same room. The second self told the first self, “Listen to the lyrics…sing the song again.”

Well, I went today maybe I will go again tomorrow

Yeah, Yeah, well the music there

Well, it was hauntingly familiar

Well I see you doing

What I try to do for me

With the words from a poet

And a voice from a choir

And a melody, nothing else mattered.

What was my second self trying to do for me? What was she trying to get me to see? Yes, the music was familiar but why was she (me) here?

My first self sat frozen on the seat of the round booth lined in fake leather. She stopped talking, laughing and drinking. The first self looked up at the second self and started to sing again…

And the days go by

In the web that is my own

Said to my friend, baby

In one second, I saw (3rd eye) everything with complete clarity. Time began to speed up. My first self merged with my second and I became pure energy. I heard Caroline Rose state, “Congratulations Amarah. You’ve exited the matrix.”

The skies are gray and it’s raining. I’m curled up in a blanket and my dog just ate a dill pickle. Time appears to have shifted to what is considered normal in the matrix.

My dear friend and sorority sister from college called this evening. She was so excited. “Did you see?” Ummmmm…what? “Stevie Nicks is playing at the Ravinia on September 10th. I remember how much you love her. Let’s go!”

There are no coincidences in this Universe. Everything occurs in Devine timing for Devine reasons. I AM not alone in this journey. I know this is occurring for a reason that is not yet understood. I AM remembering and it is profound. 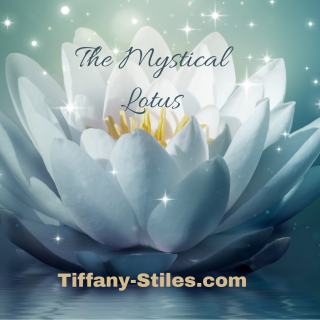